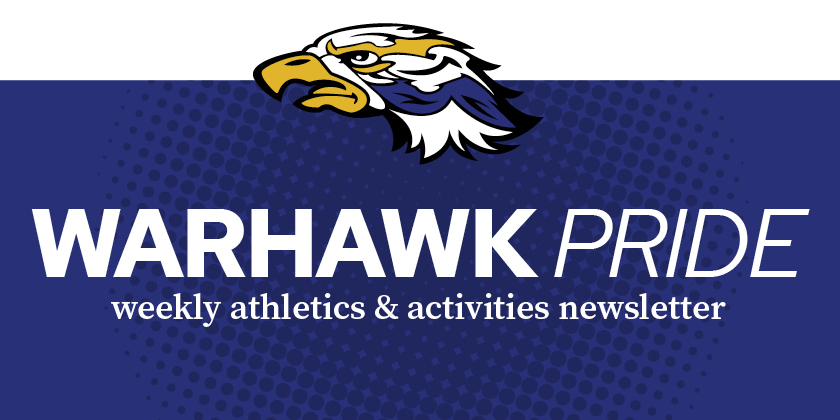 As you start to attend home and away sporting events, it is important to remember that you are representing your school and community. Good sportsmanship is expected. Please cheer positively for Germantown and not against the opposing team, coaches or officials. Profane, racial, sexist or ethnic comments or other intimidating actions directed at officials, student-athletes, coaches or team representatives will not be tolerated and are grounds for removal from the site of competition. Your help is appreciated.

The Wall of Sound had a busy week with great results. Last Friday, they had a great time performing at the Freshman Tailgate. Halftime of the football game was their first time performing in uniform for a live audience. It was thrilling.

Saturday, Germantown hosted Marching Band Madness. Bands from Cedarburg, Sussex-Hamilton, and Watertown performed their halftime shows for judges and the crowd. The event ended with a mass band performance on the field with over 500 musicians playing On Wisconsin. Good luck to the Wall of Sound as they travel to Franklin for the Saber Marching Invitational. 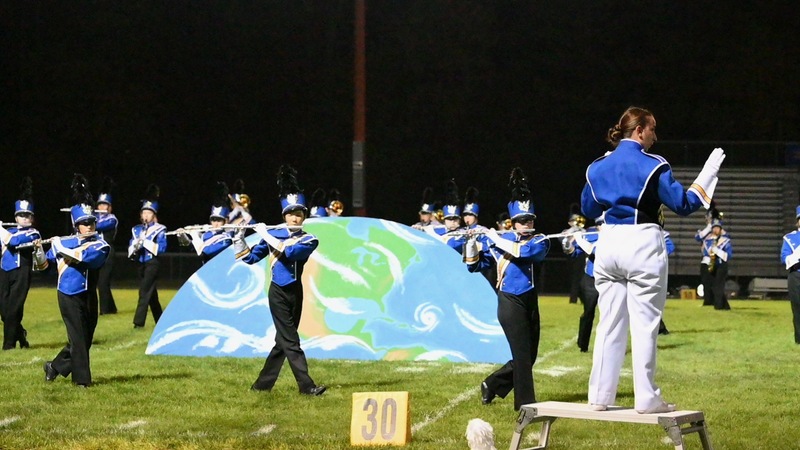 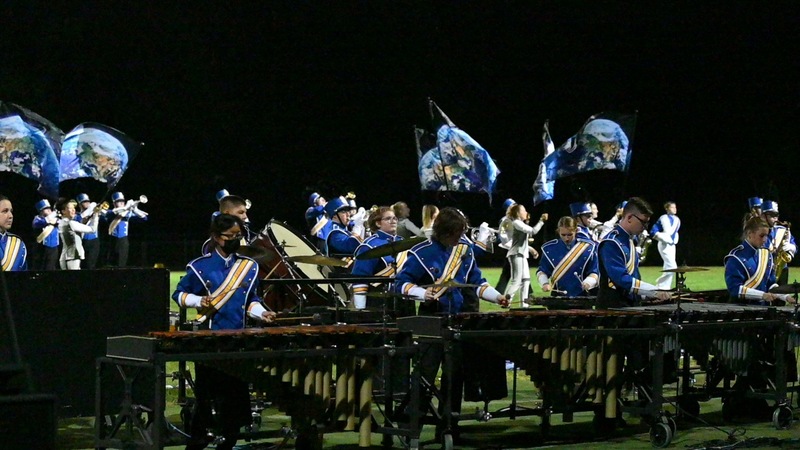 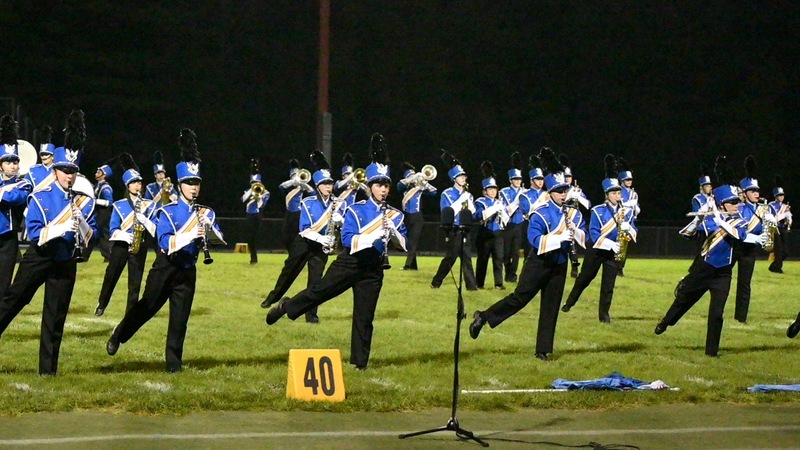 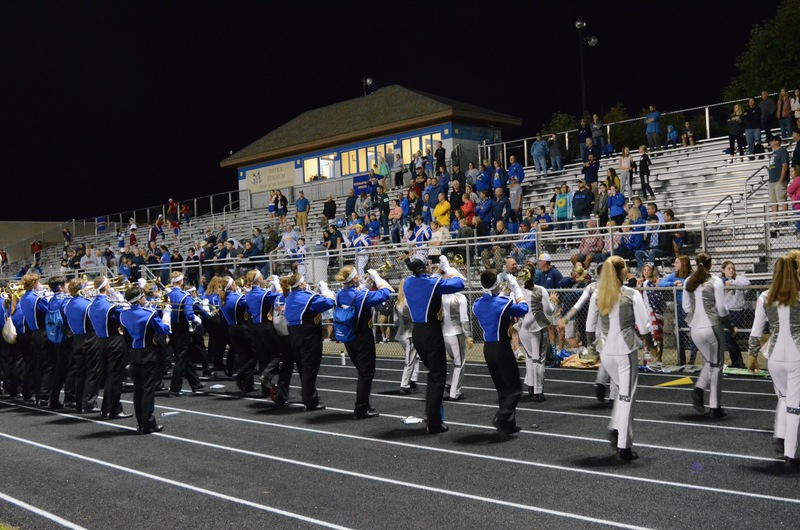 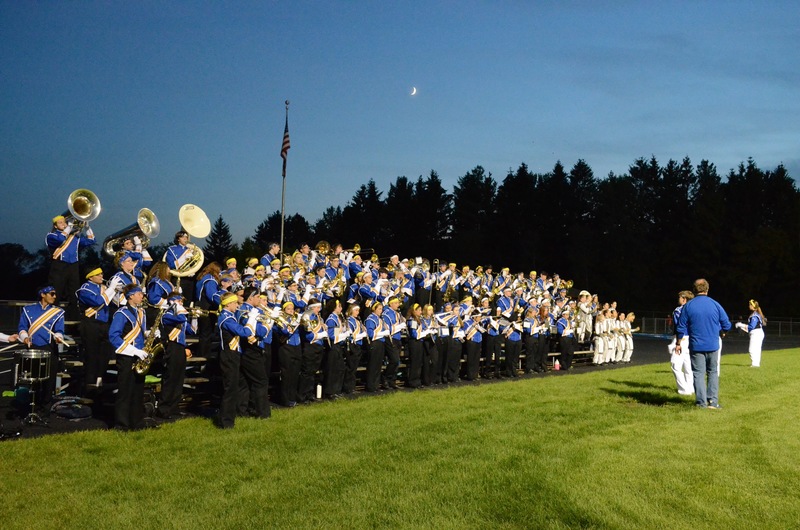 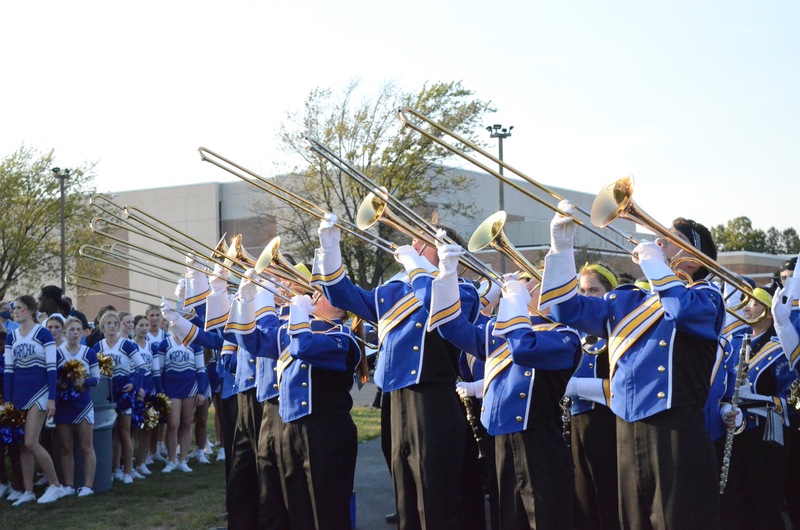 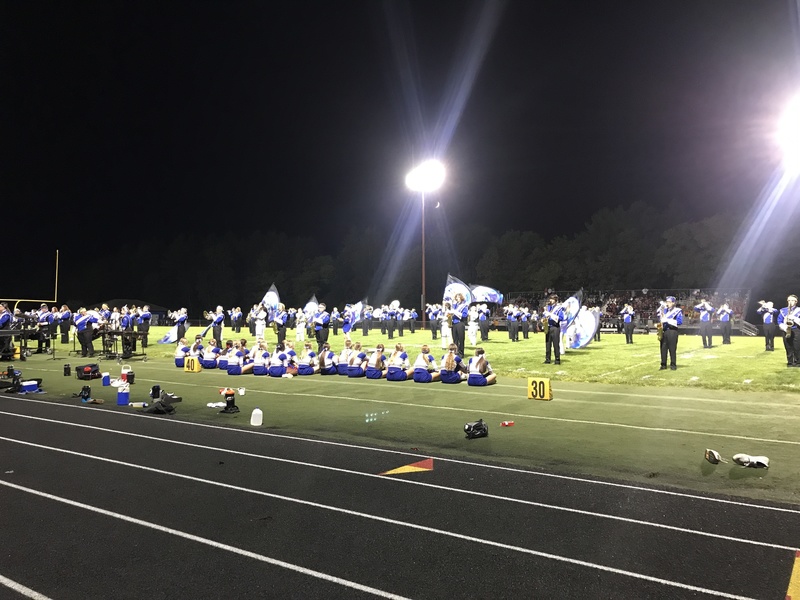 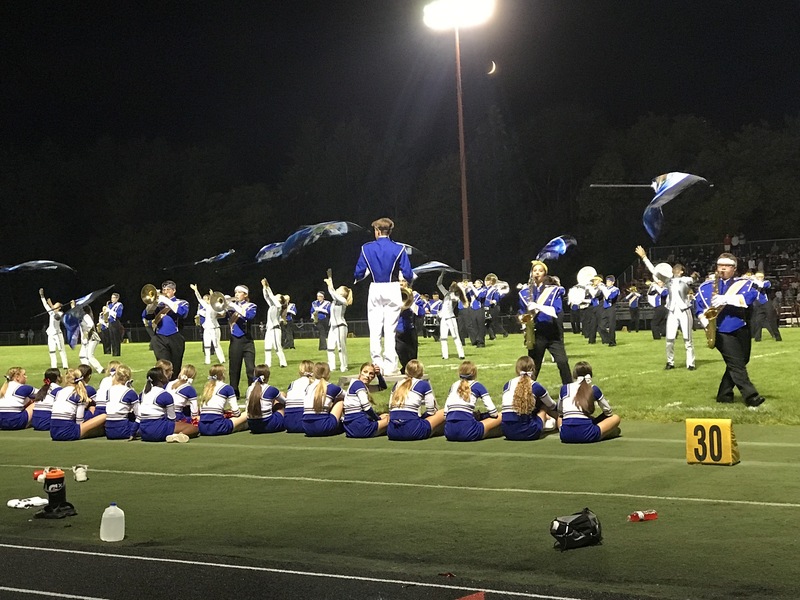 On Thursday, September 16th the freshmen boys competed at Arrowhead in the Arrowhead Freshman Boys Invitational. Germantown placed 2nd in the Invitational, finishing with a total of 41 points. Medalists placing in the top ten from Germantown included Cooper Walsh, placing 2nd with a time of 19:25 and Emerson Feltz placing 7th with a time of 22:15.

On Friday, September 17th the junior varsity and varsity teams will be competing in the Franklin Saber Cross Country Invitational at Grant Park. 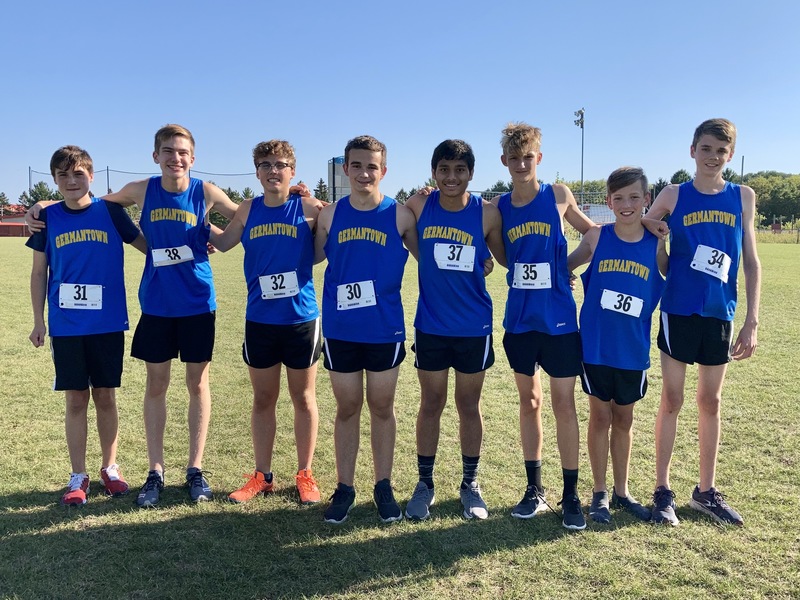 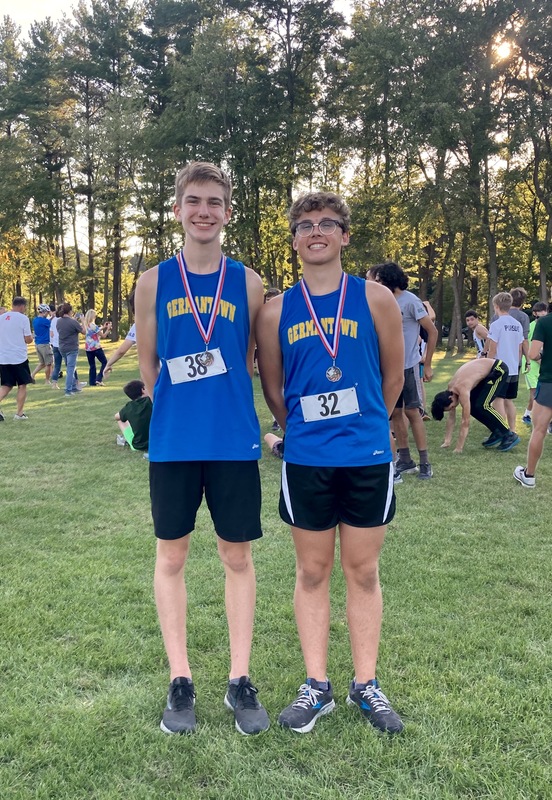 On Friday, September 17th the junior varsity and varsity teams will be competing in the Franklin Saber Cross Country Invitational at Grant Park. 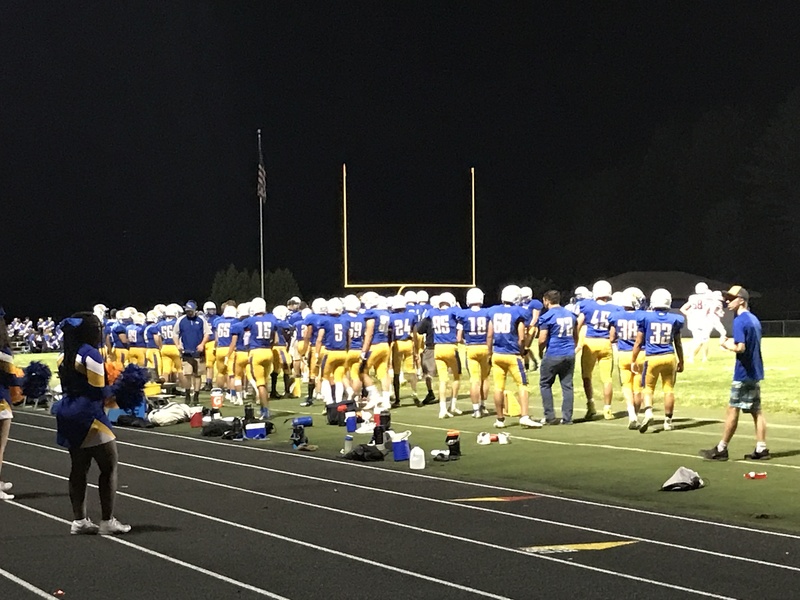 The football team heads to Marquette tonight for a 7pm match-up.  GOOD LUCK! 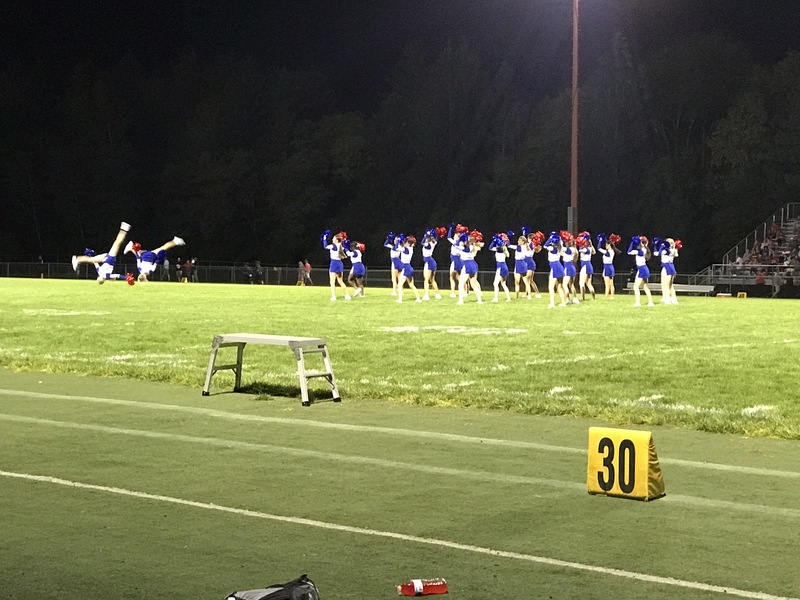 The Pom and Dance Team performs at halftime of at last Friday's home football game. 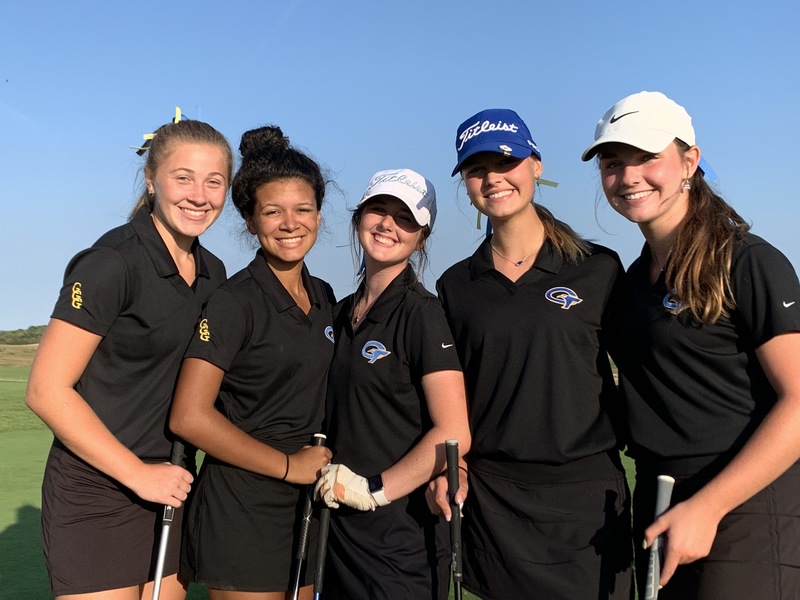 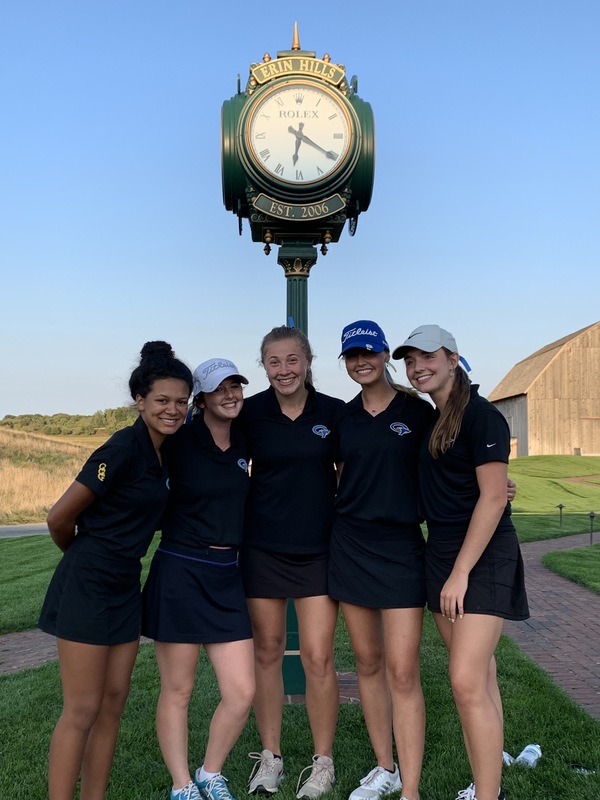 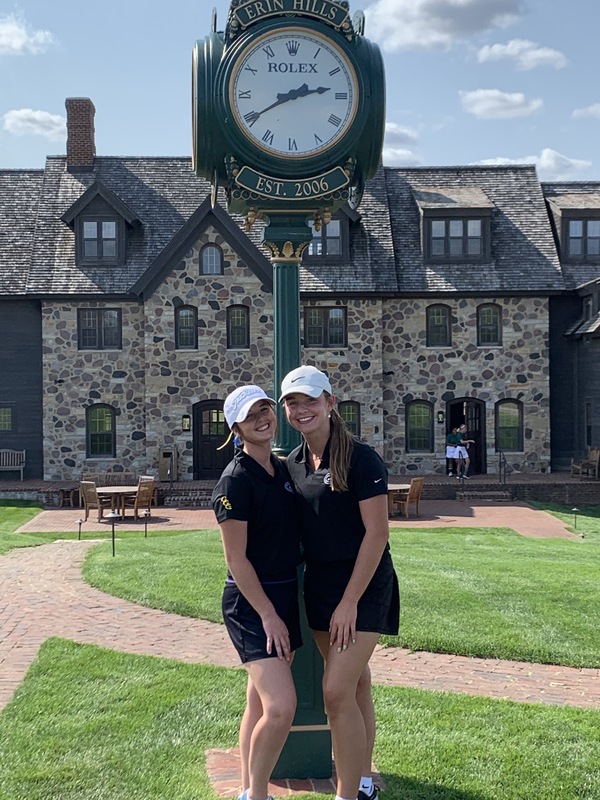 The Germantown Boys' Soccer Team came up with a bug win Tuesday night against Menomonee Falls.  The scoring started early with a Michael Otchere goal in the 12th minute.  Nick Glodoski gave GTown a 2-0 lead in the first half.  Joey Humphriss got his first of four goals on a tremendous left foot shot that went into the right side net.  Joey went on to get three more goals and tied his own school record for goals in a game with four, that he set just last season.  He came up just short on a few attempts late in the game to break his record.  The final was 8-2 for the boys second conference win and biggest win of the season.  Well done to all! 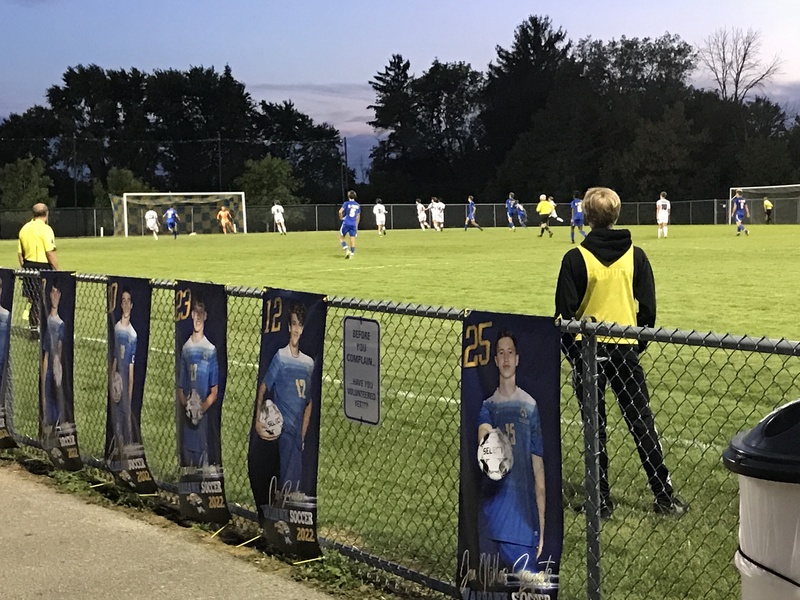 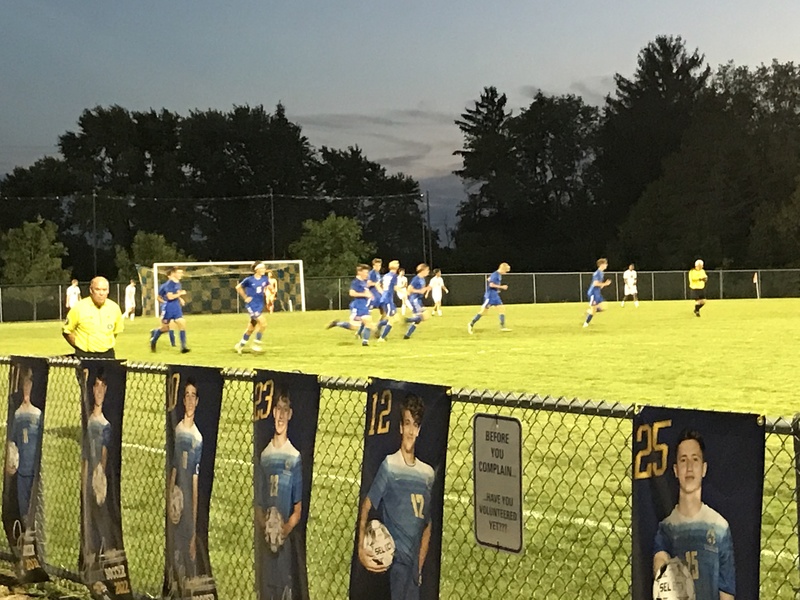 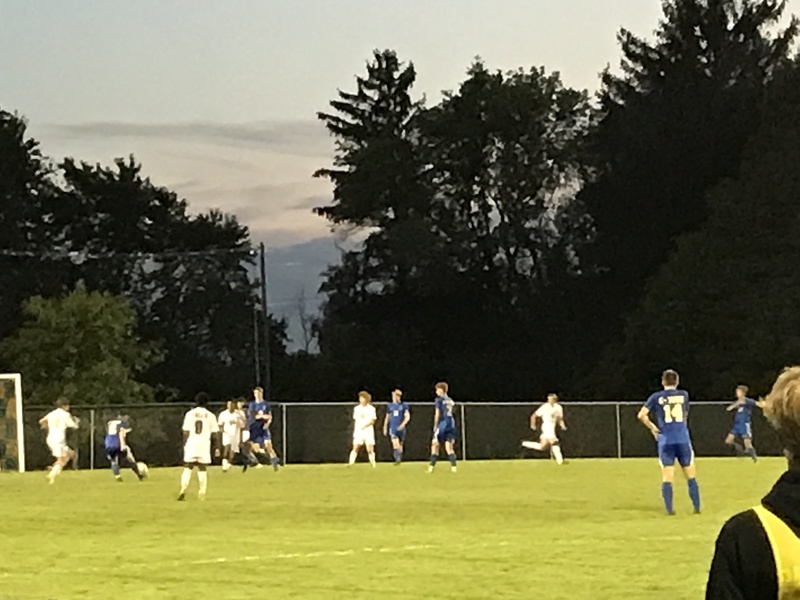 The Germantown Girls' Swim and Dive Team continues with their winning record.  Last Saturday, they finished first in the Nicolet Sprint Invite out of 8 teams with a final score of 531.  Second place was Whitefish Bay with a score of 327.

The meet started out with the 400 medley relay breaking the meet record that was previously set in 2016.  Taking first and breaking the record was the team of:
Ali Beay, Izzy Barger, Hanna DeGrace, Ella Heimler, Abby Bruss, Julia Saxman, Johanna Luo and Emma Jacobson.  The previous record was 3:48.38 and the new record was 3:46.69. Katie Linn Poindexter set a new school record in the 1 meter diving, 11 dives with a score of 439, breaking her old record of 436.15 set last year and taking 2nd overall.

The team travels to Wauwatosa East on Thursday for Conference Relays and Evanston, IL on Saturday for the Wildkit Invite. 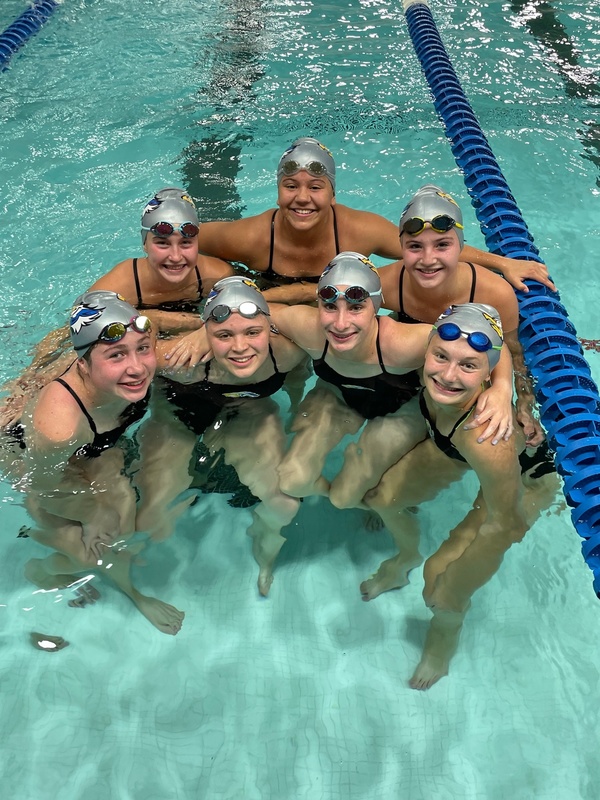 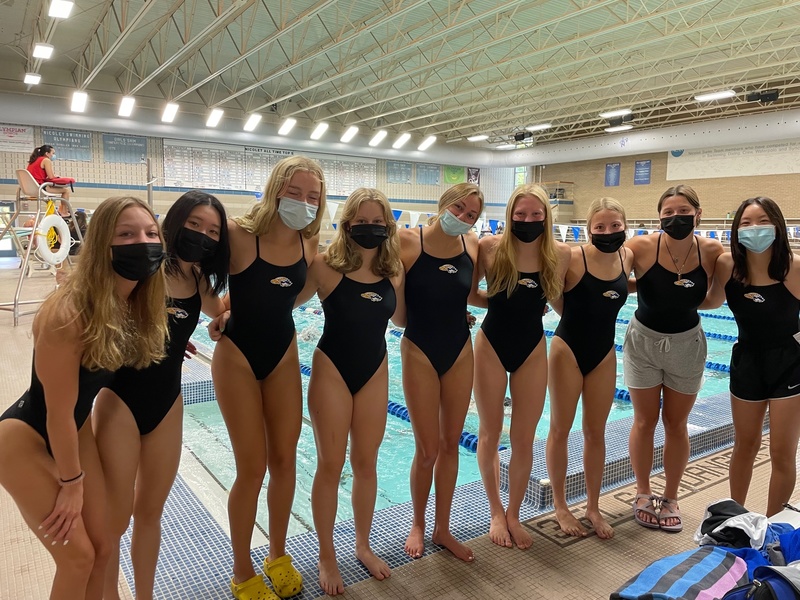 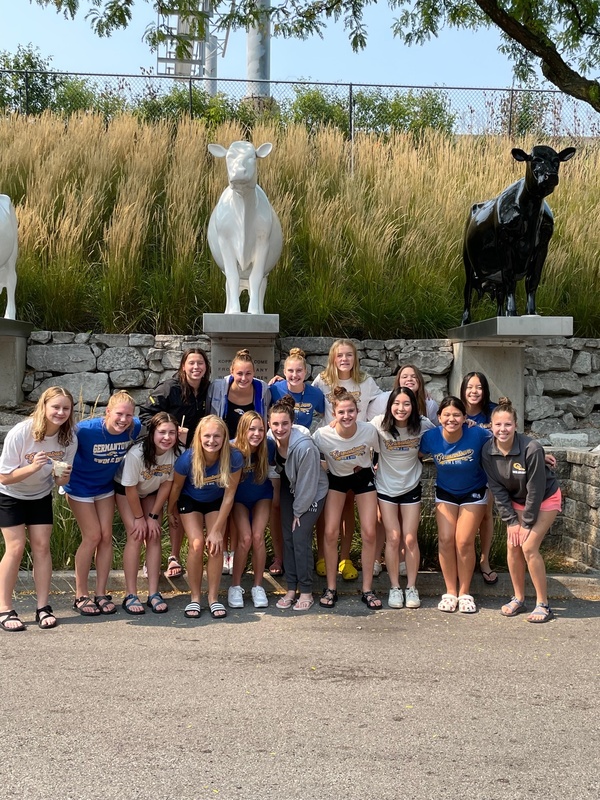 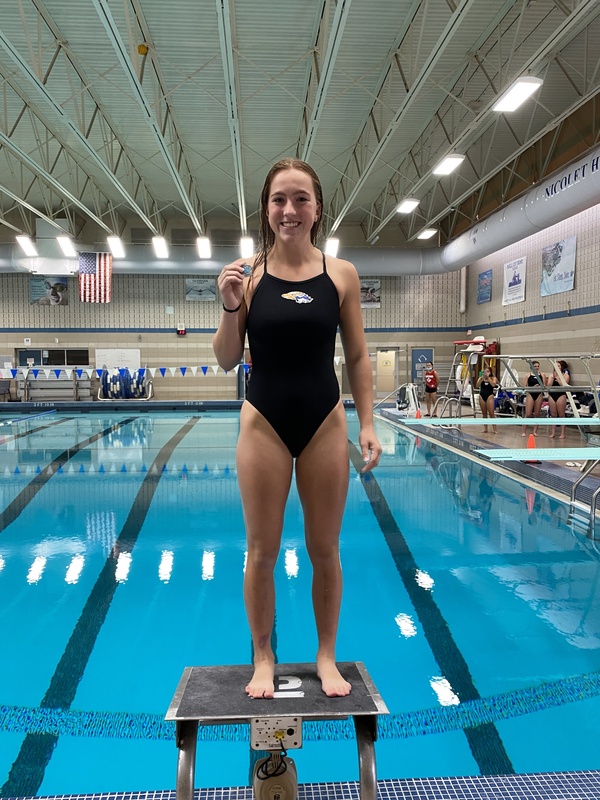 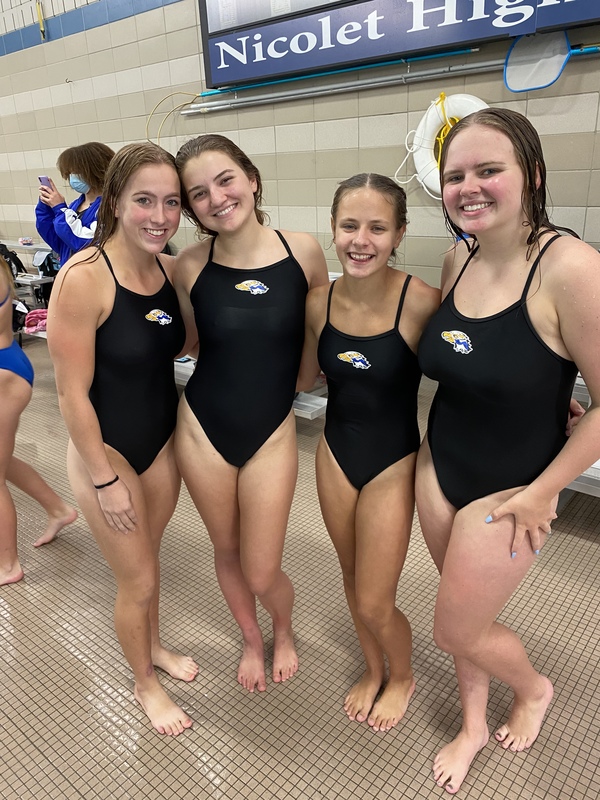 Good luck to the girls' tennis team as they hold a quad tomorrow at home.  Matches start at 8:30am.  Good luck!

Good luck to the boys' volleyball team as they hold their big invitational tomorrow at home.  Matches start at 8:30am.  Good luck!

The Germantown Girls' Volleyball Team swept Menomonee Falls. They had wins at all three levels. Junior Lily Wagner was named W7 player of the game leading the team with 19 kills in 3 sets with a .424 hitting percentage.

The Varsity also won their own Warhawk Invitational. They finished 5-0 beating Pewaukee in the finals in 2 sets! 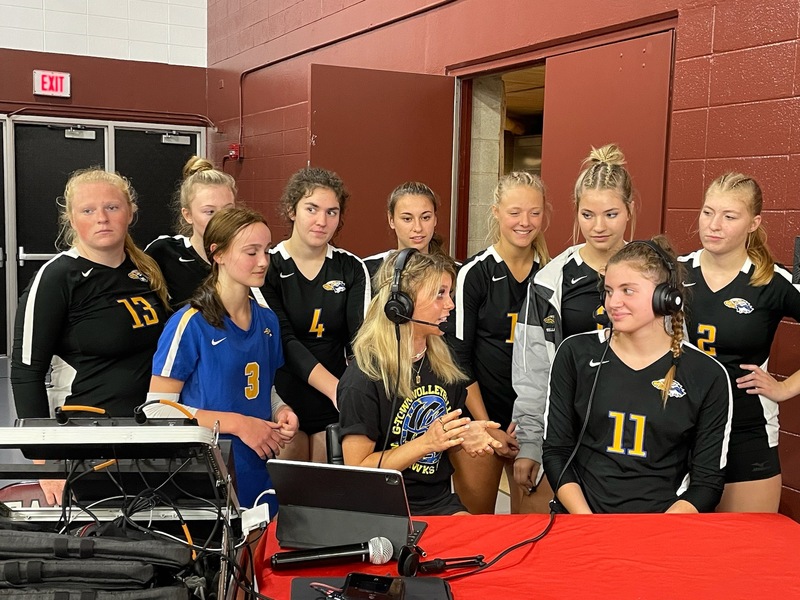 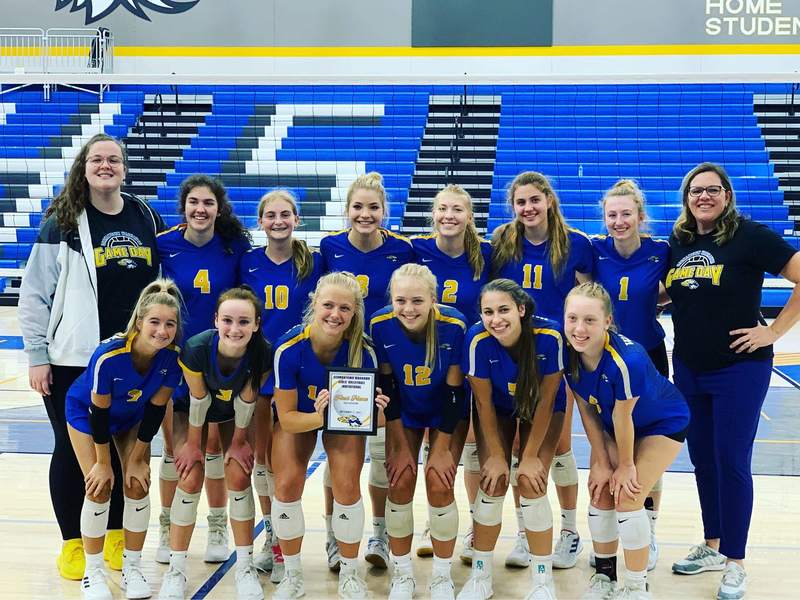