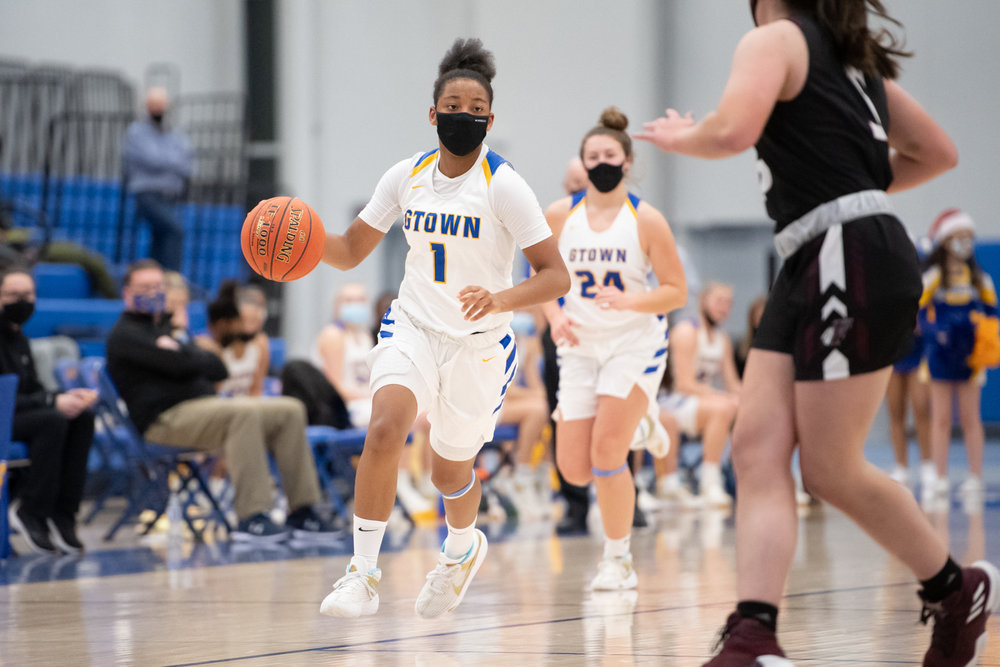 The award, which recognizes not only outstanding athletic excellence but also high standards of academic achievement and exemplary character demonstrated on and off the field, distinguishes Arnold as Wisconsin’s best high school girls basketball player. Now a finalist for the prestigious Gatorade National Girls Basketball Player of the Year award to be announced in June, Arnold joins an elite alumni association of state award-winners in 12 sports.

The 5'9" sophomore guard led the Warhawks to a 29-1 record and the Division 1 state championship this past season. Arnold averaged 22.9 points, 6.3 rebounds, 5.1 assists, and 3.8 steals per game. A unanimous selection as the AP State Player of the Year, she was also the Greater Metro Conference Player of the Year. Arnold is ranked as the nation’s No. 5 recruit in the Class of 2023 by ESPN.

Arnold has served as an elementary school mentor and has volunteered locally making blankets for displaced children as well as coaching youth basketball players. “Kamorea Arnold is a once-in-a-lifetime, generational type of player,” said Derek Woelffer, head coach at Menomonee Falls High. “She’s flashy and skilled, but she makes everything look easy and smooth. She’s easily the most dynamic player I’ve coached against or seen on film.”

Arnold has maintained a 3.13 GPA in the classroom. She will begin her junior year of high school this fall.